Stunning and legendary material from veteran art-experimentalist Duncan. Some of this stuff is so dark and spooky and inexplicably visceral that it's hard to listen to it without taking a break. These are the infamous John See Soundtracks, along with other performance pieces dating as far back as 1984. There is an excellent full-color booklet with it, explaining the works and their performance. Whats the most striking at first listen? That would be Duncan utlizing pronographic moans and heavy-breathing within ambient soundscapes. This is certainly sexy in a mysterious way, but then these sounds just become haunting, like voices of the dead, bodiless moans absently pretending satisfaction. Then they end up somewhere near the mechanical, not even human at all. Extended pieces take the sounds of sex further, with one using a very strange, almost beastial male-noise, effected and distorted and repeated until it becomes something else. As when you repeat a word over and over, it loses it's meaning. And all this is under thin sheets of tense ambient drones, so it really digs its way into you. But there are pieces that have no identification with the sexual as well... and these become the unbelievably heavy, powerful ascendencies of sound, increasing and building into frightening, violent walls. This is truly breakthrough material, purely for it's absolute power and ability to create that tectonic movement within the listeners psyche. Do not miss this one.
Vince Harrigan, Manifold Records 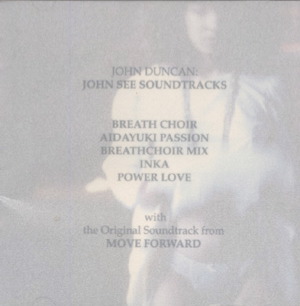 On both records [SEND and RIVER IN FLAMES], Duncan uses the shortwave from the radio receiver as the main instrument; on both, the further sound editing is analogue. Radio waves crash, they build highly abstract constructions out of layers of speech and rhythmic interferences. From a multilayered spectral spacial image sound mixtures grow, which show a wide dynamic bandwidth. From the subtle, metallic scratching, humming and squeaking, trivial samples from spy movies, mystic voice chatter, morsecode-like shattered calls, whistling feedbacks and white noise to the flapping snare of air vents and vibrators, from 'power industrial', radio noises and doubled voices, to mystically threatening, elongated wabbling, John Duncan knits a finely woven, diffusely flowing net of sounds. Luckily he does not make this usual, frequently noticed mistake of recklessly stetched uninspiredness. Instead, he creates a complex work, which during some phases is not unlike certain works by the Hafler Trio (which, in older recordings from the 80s, work with him as a guest). Tension is maintained through constant unpredictability in the course of events, through an enormous variety of sounds, surprising voids, tricks and breaks, the juxtaposition of the most extreme frequencies, the entire arsenal of harsh, dry electronic effects and the supreme skill of handling time. Also subtle rhythmic structures and samples of musique concréte (around the end of INCOMING, where you hear the swarmimg of insects, birds, barking) add to the freshness. Andrew McKenzie (Hafler Trio) sums up the work of his friend, probably to the point, with the words of the Armenian mystic Gurdieff: 'Pouring from the empty into the void'.
--DvED, ODRADEK

The theme of this work is broadcast, transmission, hence the title. Like in all of his work Duncan uses shortwave sounds to create some very intense music. The shortwave sounds are fed through effects, layered upon each other and then collated again. What sets Duncan apart...is his compositional skill. Presented is not just a mere set of shortwave sound, but nine excellent pieces of noise music.
-- Frans de Waard, VITAL

An array of aural passages from shortwave signals, electricity and mixing, this record has a massaging and effective subtle touch. The document seeps into the ears and triggers remote centers of seminal-consciousness, reverberating ghost tones and thin rings of sound with lifting and jarring points along the way. A subtle, yet embedded story here, giving it a presence and making this a striking release. Comes with a booklet that has an extensive dialogue with John Duncan and Andrew McKenzie in which to muse further. Recommended.
-- Michael Northam and Daniel Plunkett, ND

John Duncan is an experimental genius, whose vision is of a bleak, nihilistic sort which is frighteningly relevant.
-- Misty Dawn, INDUSTRIAL NATION 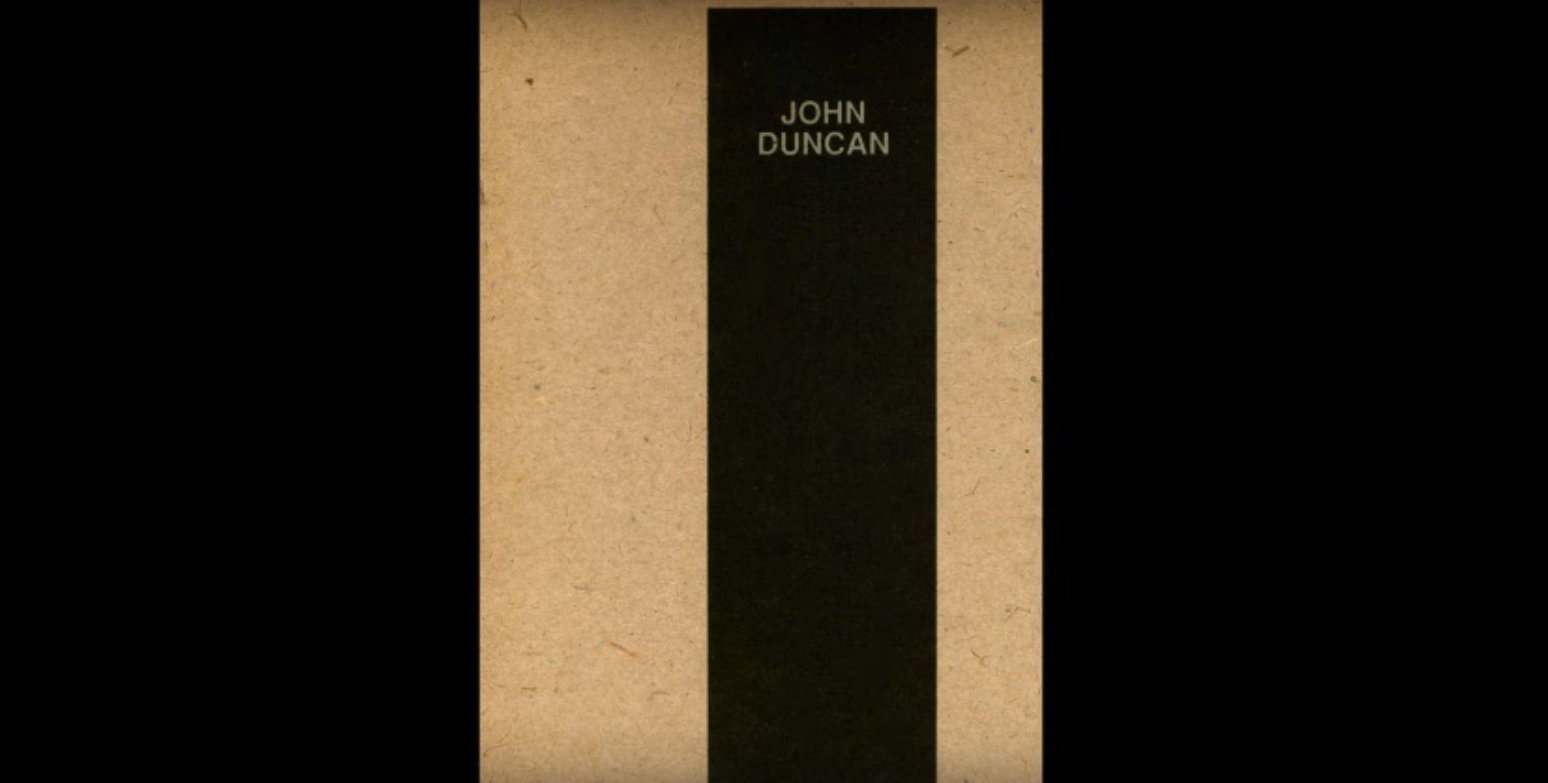 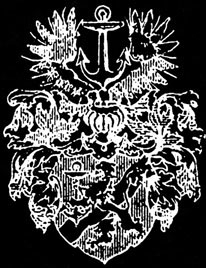 1986
Cassette released on Cause & Effect, USA

Harsh, highly processed machine-like stuff which, like the better industrial music, maintains a fine balance between interesting sounds and ideas, and impact. The disc opens with rapidly looped sawing sounds which grate against what sounds like the crackling engine of a dragster. This provides a constant overlay for machine-like buzzes and hums, high frequencies like those heard on short wave radios, and background voice collage. Other sections have extended periods of deep rumblings under long, weaving, semi-pleasant metallic drones, periods of soldiers chanting behind recitation, lots of clicking and crackling, and droning feedback mixed with deep grumbling and high whistles. While some periods of relative sedateness occur, don't plan on relaxing. And don't plan on suffering at unbridled expressions of anger. Again, it's a fine balance.

Shortwave. Voice. Steel door.
Recorded at Unomori, Tokyo
Card insert includes track information and credits printed in white on a black background over a photo printed in silver ink, and a drawing printed black on white from Duncan's dream notebooks

This is incredible, like nothing else you'll ever hear...this record must be heard!
Paul Lemos, OP Magazine 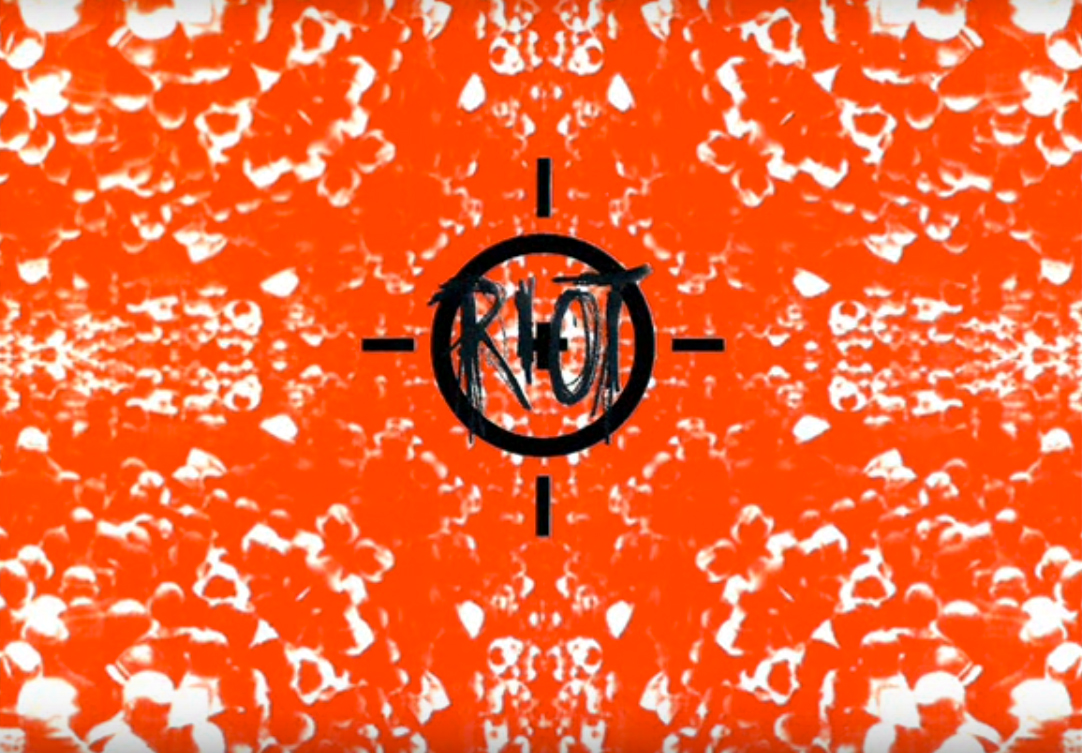 A masterpiece! Treated sounds, cues to music concrete. In a few brief fragments there are echoes of some Hafler Trio productions (Mr. McKenzie is involved in the work). The sound is clamorously evocative, every discourse of ambient or postindustrial music becomes forgotten in the evolution and fragmentation of long silences and acid reverbs. Splendid acceleration of sound in crescendoes of volume and intensity, for an enormous aural and cerebral entreaty. Intelligently utilized noise interrupts the fluidity every so often. At around 30+ minutes there's a magnificent electronic border that leaves you stunned... This CD is best heard in silence: a shame to disturb it with distracting noises or while walking home alone. Truly wonderful!
-- Massimo Ricci, DEEP LISTENINGS 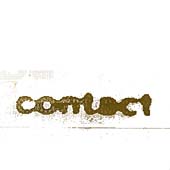 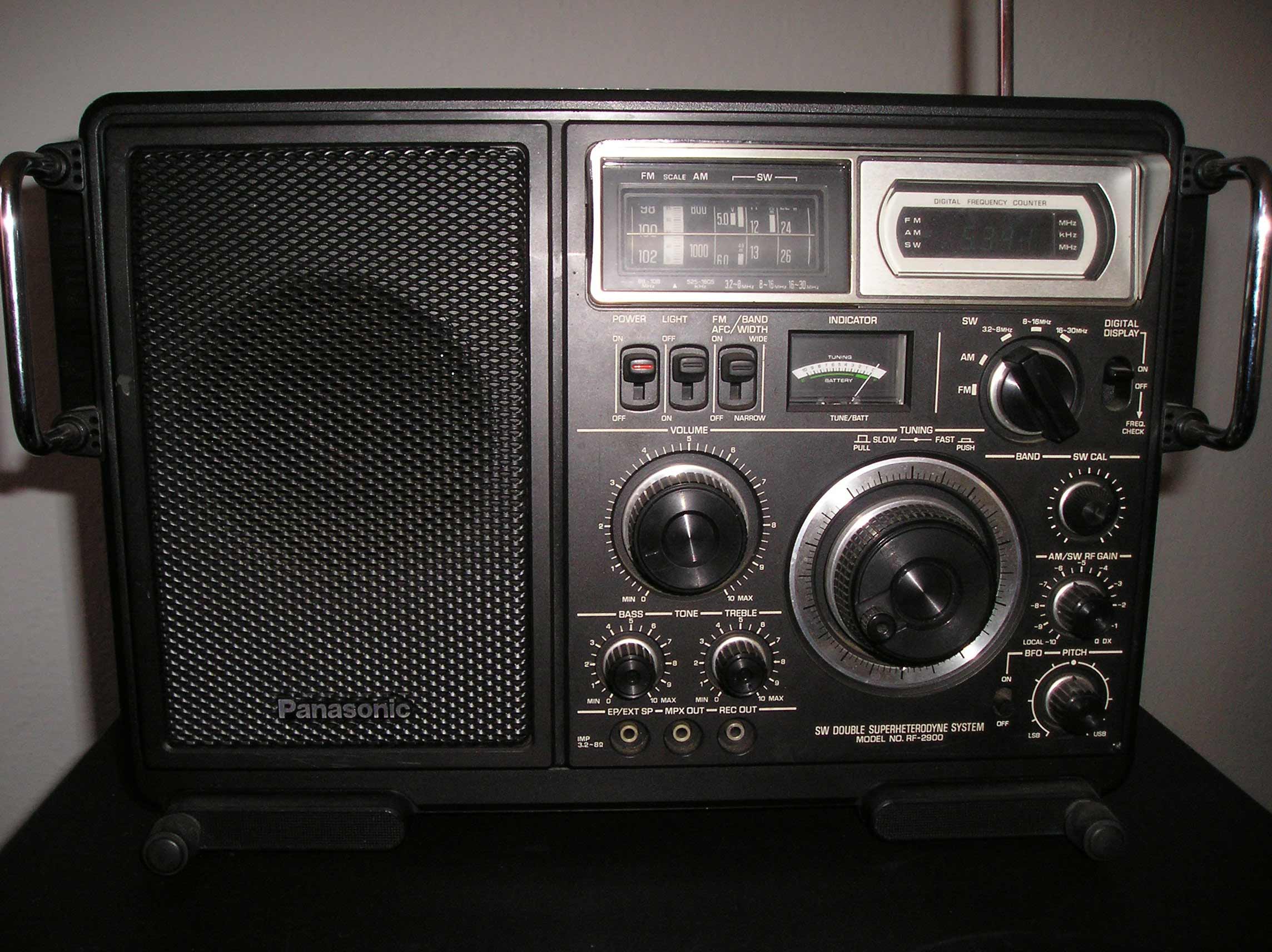 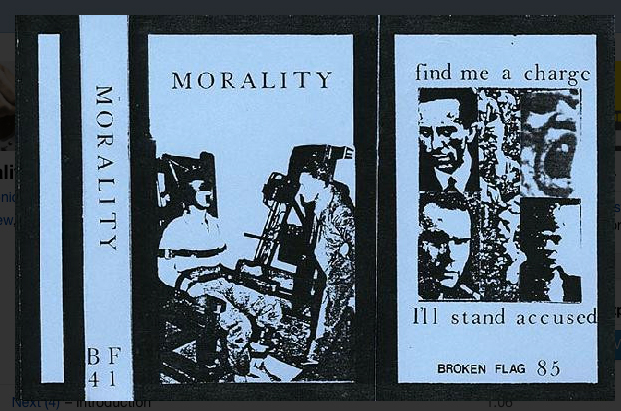 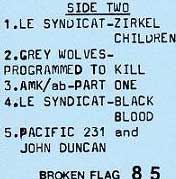 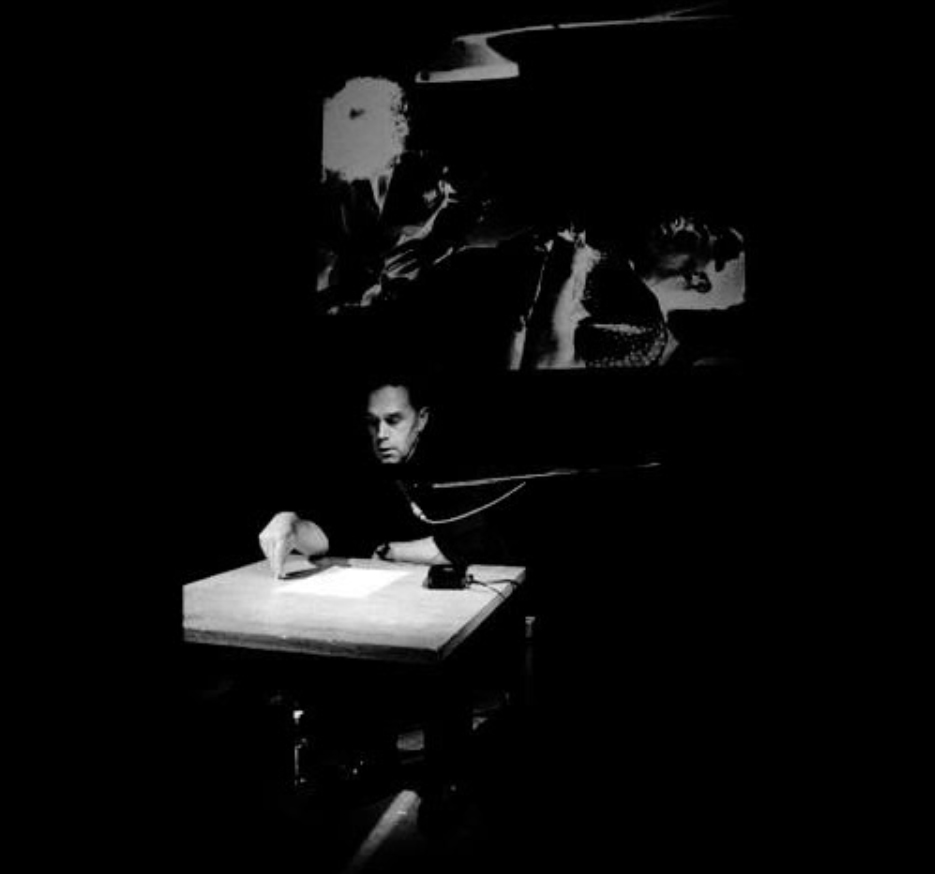 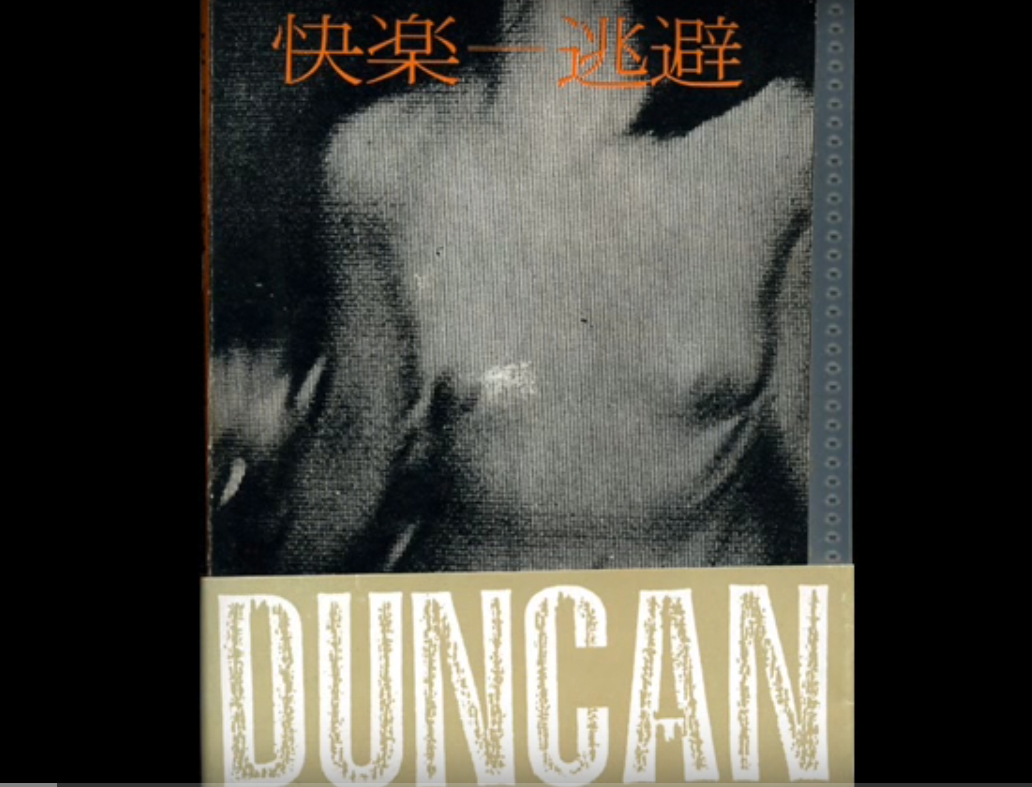 Improvised audio with found instruments played by a group of five people who meet that night for the first time.
Limited-edition cassette released by Takuya Sakaguchi. 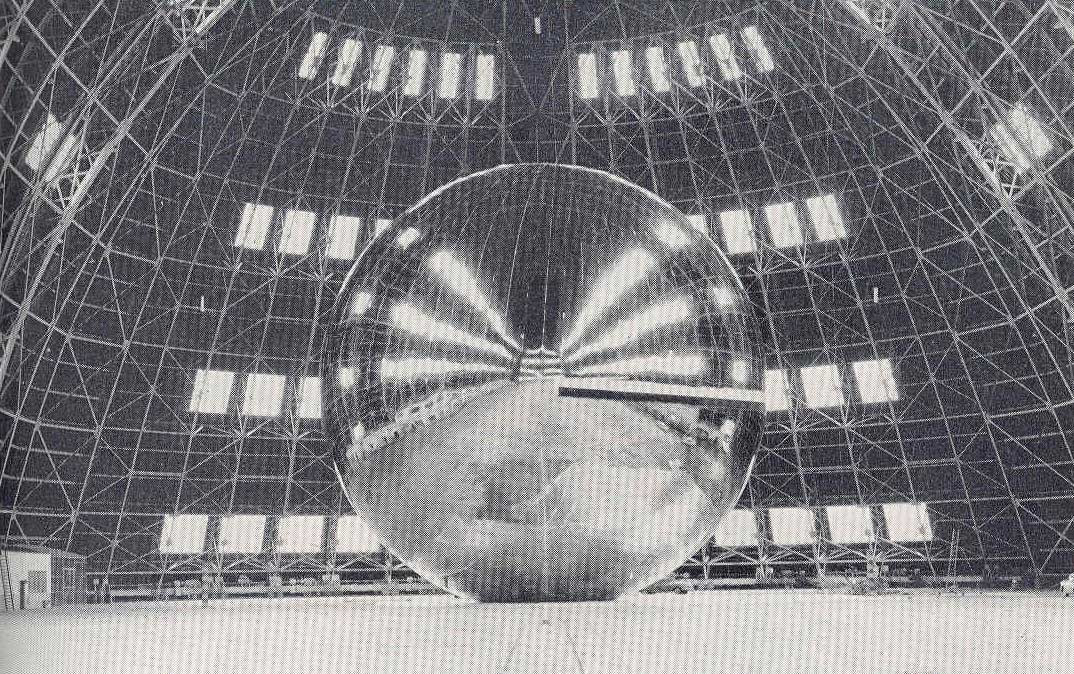 Audio sources for the listener to use to make his or her own music.
Limited-edition cassette released by Pinacotheca 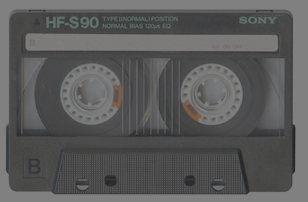 Many many years ago I bought a nice overpriced record by John Duncan and Chris & Cosey. I was struck by the simple yet genious concept: one artist was on the left channel and the other on the right channel. This meant that by playing the record stereo you would hear both at the same time, and they fitted well together.
I still cherish that record.
-- Frans de Waard, VITAL 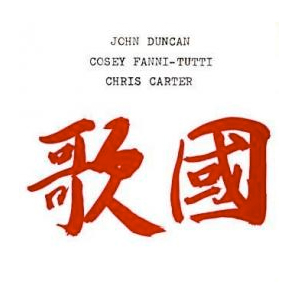 HAPPY HOMES is the recording of an event for live radio talkshow with therapist Dr. Toni Grant, broadcast in Los Angeles over KABC and nationwide in the US over the ABC Radio Network 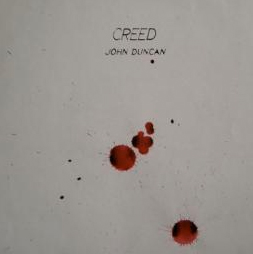 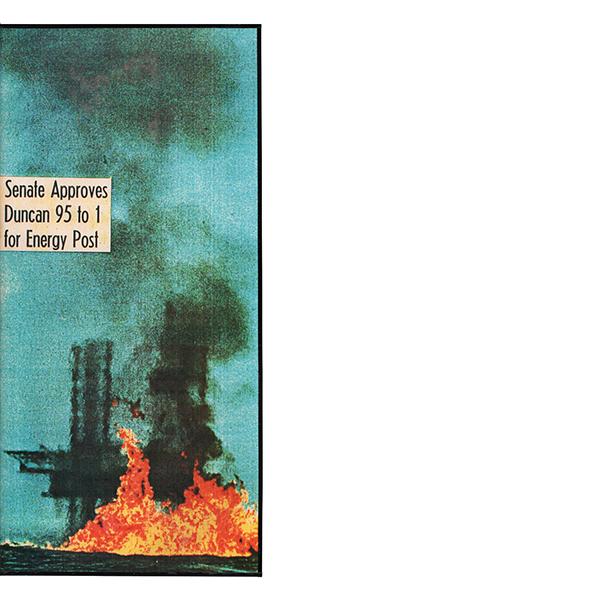 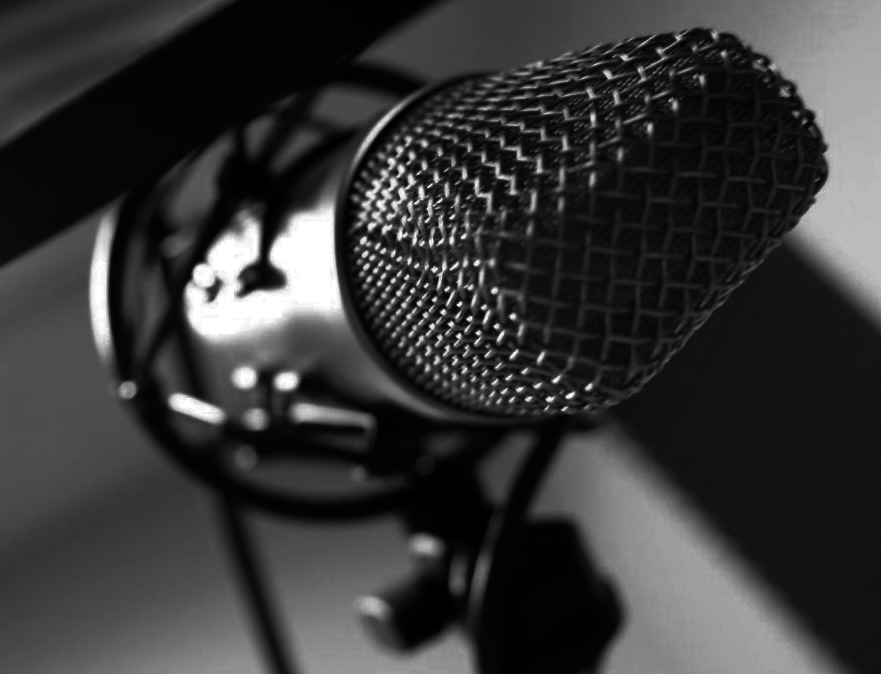 First release of music recorded by Duncan
Limited-edition cassette released on AQM produced by Takuya Sakaguchi
Side A: Ambient recording inside a car driven on a mountain road at a safe speed
Side B: Unfamiliar instrument (saxophone) played for the first time