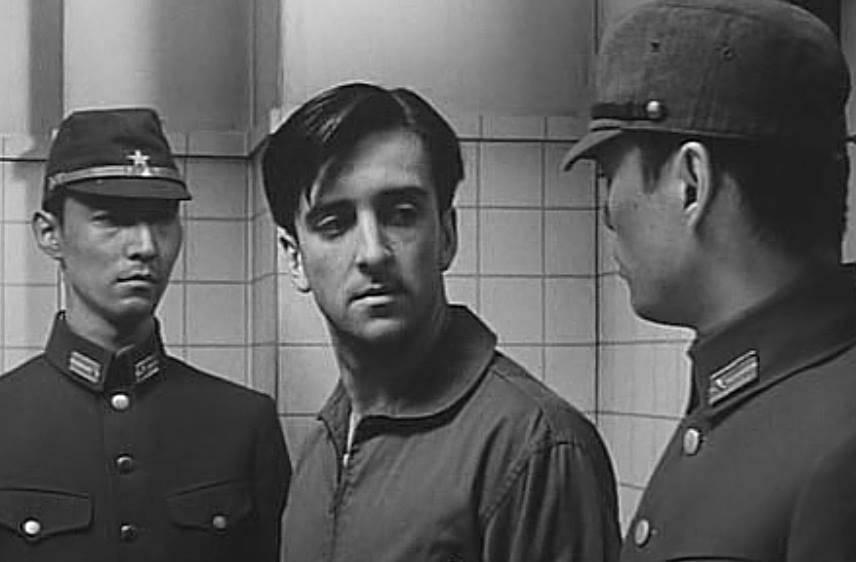 UNDER THE INFLUENCE OF TORTURE

A torture device based on the Apollo Chair used by Iranian secret police SAVAK is set, with the victim (Saunders) strapped to it, his head inside a metal bucket to amplify his screams to his own ears, on top of a 1000W subwoofer mounted onstage. He attempts to recite the Rules of the Geneva Convention from memory as Duncan powers oscillator frequencies through the subwoofer and touches a 5 million Volt taser to both Saunders' exposed skin and the metal chair he's strapped to. The event ends when the victim, shaking in uncontrolled tremors, stops reciting to scream and is carried offstage. 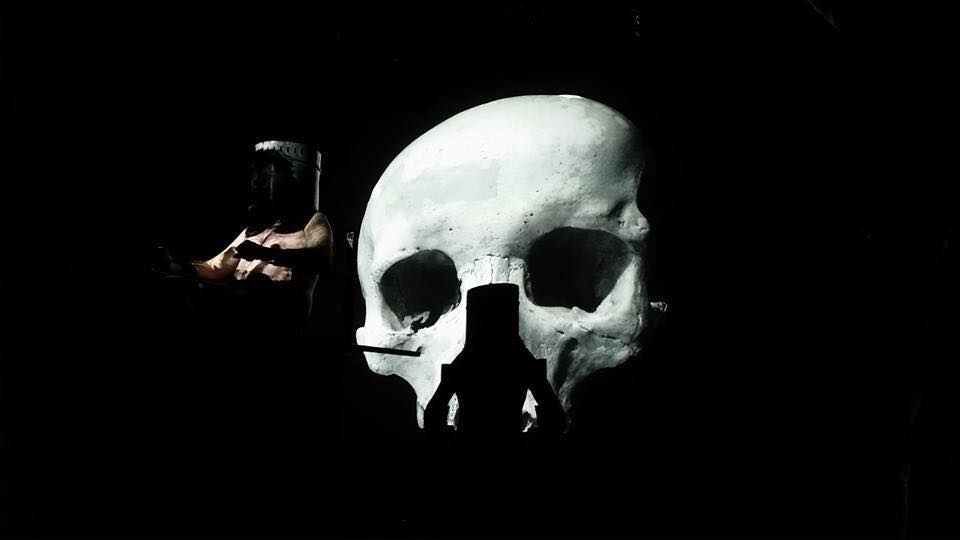 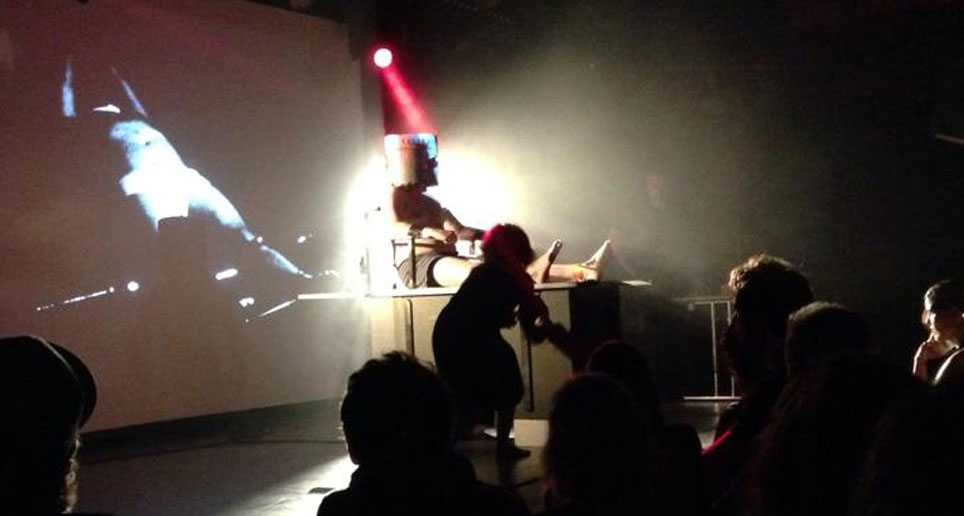 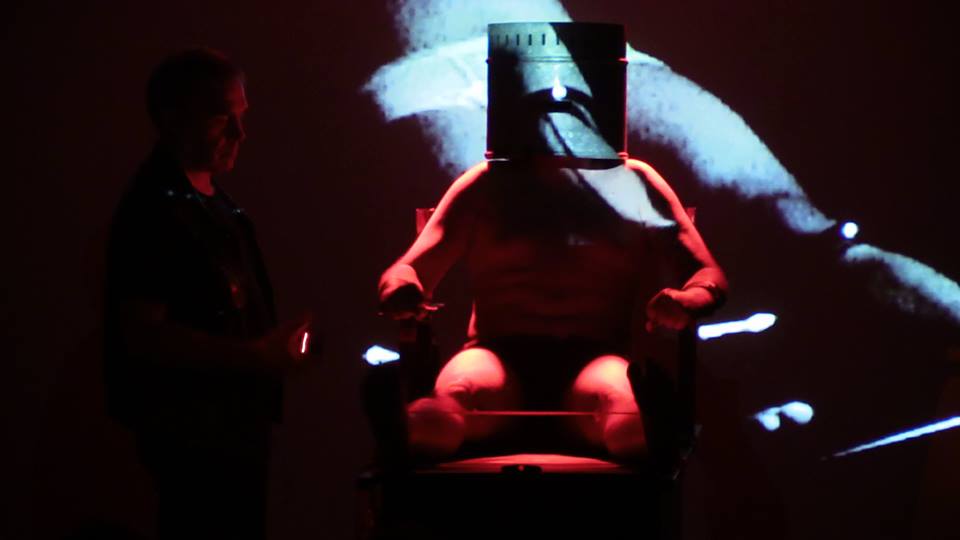 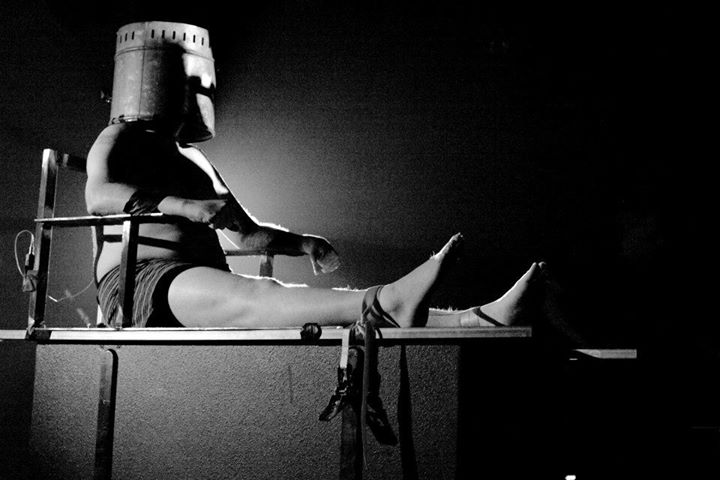 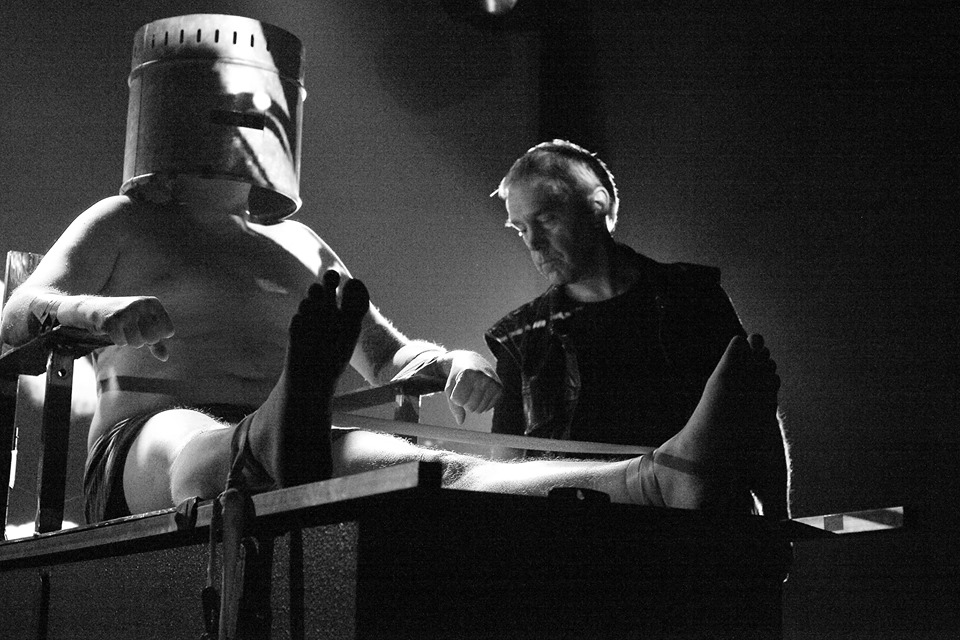 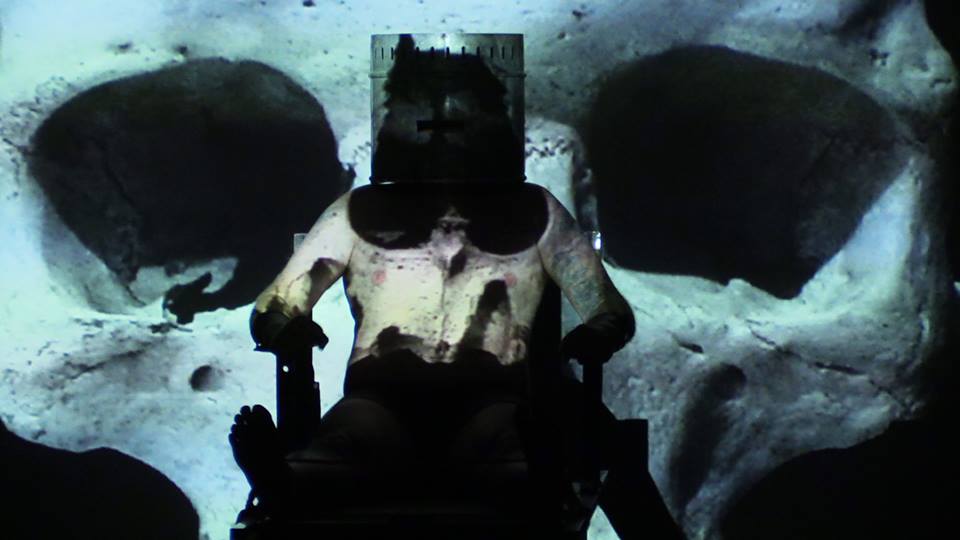 A choral piece, performed with volunteers who have all agreed to do whatever I tell them to without knowing in advance what they're in for. In total darkness we all undress from the waist up, then the music starts...

1979
Performed in private for a video camera under a freeway bridge
Sponsored by the Long Beach Museum of Art, Los Angeles

Event with live action and 4-channel surround-sound audio for single voluntary participants, nude, alone and blind, in a direct confrontation with actual vs. recorded voice in a completely dark, 5-star luxury hotel suite stripped of furniture.
All clothing and possessions given to a uniformed guard stationed at the suite entrance.
Rendered blind and vulnerable -- by choice.
The surround sound constantly changes, making the suite seem to fluctuate between a large hall and a smaller, intimate space, making echolocation impossible.
And then -- were they really alone? 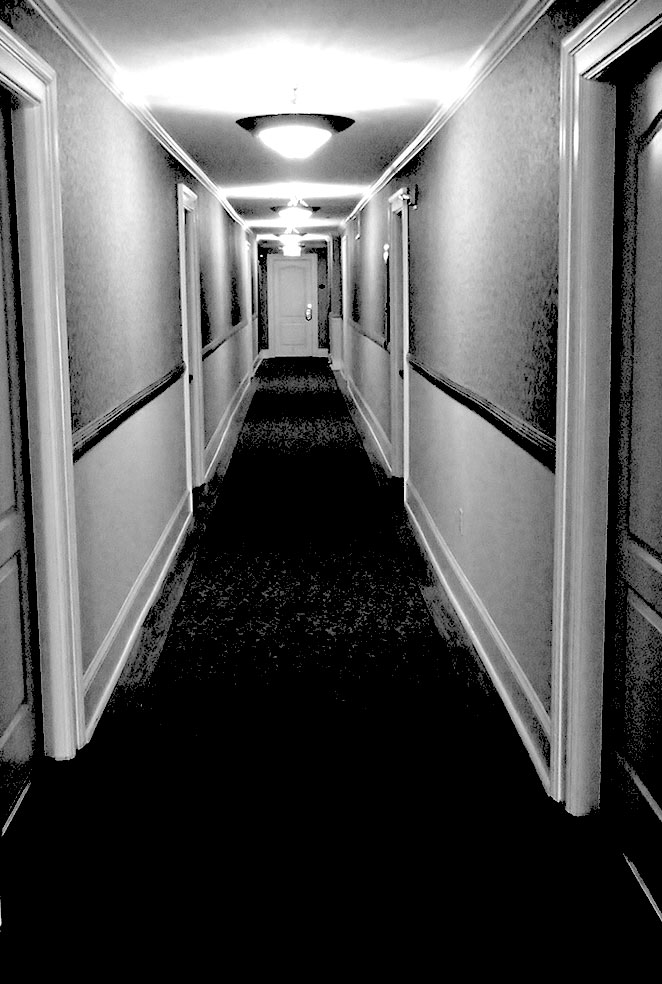 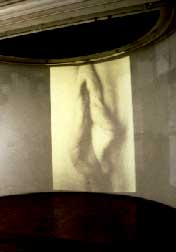 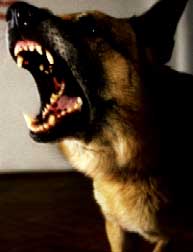 1995
What happens when you're left alone with your own mind without any distractions and don't know when it will end?

Seven participants and I are locked naked and completely blind overnight. The other participants have no knowledge of what to expect, or information about how long the event will last. 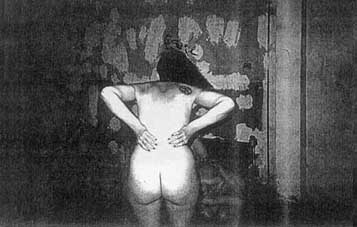 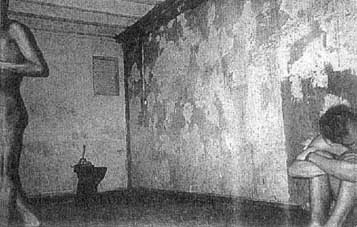 High-volume sound in a completely dark concrete room for 20 minutes. After 10 minutes, a film collage that includes animated diagrams nuclear explosions, images of pornography, S-M sexual acts and Hiroshima victims, is shown in slow motion onto a paper projection screen that divides the room from wall to wall and floor to ceiling. When the film ends, Duncan sets the screen on fire and sprays the burning remains into the audience with a fire extinguisher. 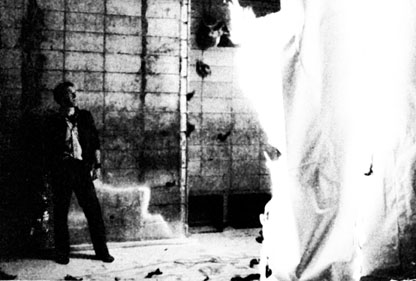 Dr. Toni Grant, a practicing psychologist, produces a Los Angeles radio talkshow that offers counseling live on the air to anyone who calls the station with a personal psychological conflict. The program is syndicated nationally in the Unites States via the ABC Radio Network.
One afternoon I call during her program, to ask for advice about coping with an emotional numbness I've developed after witnessing several incidents of child abuse while working, driving a city bus. The broadcast of this session is recorded (released on the e.p. CREED).
The following is an excerpt of that session:

Dr. Toni Grant: You're on with Dr. Toni Grant, hello.
John Duncan: Dr. Grant, my name is John, and I'm a city bus driver for Los Angeles...
TG: Yes?
JD: ...I'm calling about a problem I'm having with a numbness I feel after several incidents I saw while driving.
TG: Yes?
JD: Let me describe them, to help explain...
TG: Sure, go ahead.
JD: One night I picked up a couple, a man and woman, who I guessed to be in their forties. Both were drunk or stoned or both and staggered on the bus, dragging what I thought at first was a pillowcase full of dirty laundry on the ground behind them that sort of bumped against the steps...
TG: Yes?
JD: ...then later on I parked the bus to check the passengers...
TG: For any particular reason?
JD: Well, it's a routine thing... part of my job.
TG: OK.
JD: Anyway, when I reached this couple the pillowcase had fallen open and there was a 6 month old baby in it.
TG: Ohhh... did you do anything?
JD: I shut the bus down, called the police and waited for them to show up.
TG: Yes?
JD: When they got there they talked to me, they talked to the couple, then came back to me and told me they couldn't do anything because they hadn't seen a crime committed...
TG: Was there any sign to... I mean, besides dragging the child on the floor how did you know...?
JD: Well, I didn't tell you that when I saw the baby in the pillowcase I could see that both of its eyes were bruised shut, so...
TG: Ohhh...
JD: ...so there was clearly evidence of...
TG: Yes... What did you do then?
JD: I refused to start the bus again until the couple had gotten off. But this incident has stayed with me...
TG: I can imagine it would...
JD: There is something else: last week I saw another thing that was similar. This time a mother and child, a girl who I guessed to be about 9 years old, got on and sat down right behind me where I could see them clearly in the mirror. The child was wearing shorts and a t-shirt, and I could see that there were open sores covering her arms and legs...
TG: (Heavy sigh) Yes...?
JD: ...and the mother sitting next to her, telling her she was evil...
TG: (Heavy sigh) Yes...?
JD: And this time I just... drove. I didn't respond at all. I just felt numb.
TG: Yes... well in the first case you mentioned I'm surprised the police weren't able to do anything...I mean there are laws dealing with this...
JD: Yes, and apparently they've started getting better about dealing with this, started a crackdown...
TG: Yes, I would think so.
JD: Yeah, well... I haven't. And that has me very worried.
TG: Yes... John, can you hold the line for just a minute? I'll be right back.
[Cut to commercial] 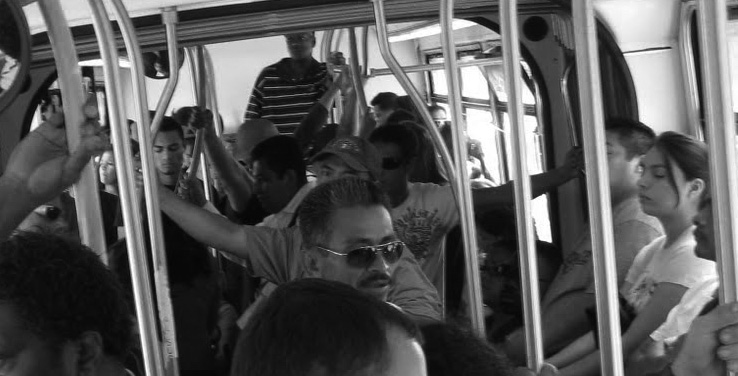 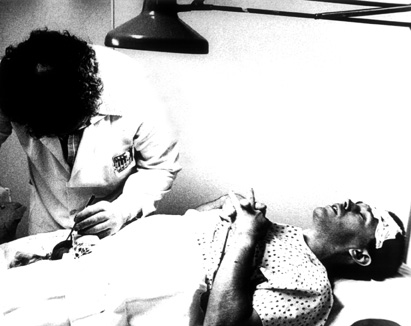 An audience of exclusively women is shown a collage of pornographic films, then invited to enter a back room and abuse me sexually. 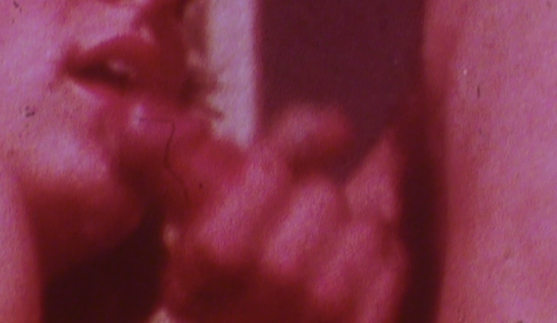 Dressed as a man one night, a woman the next, to experience the risk of sexual attack familiar to women alone on the street. My actions filmed by McCarthy from a parked car. 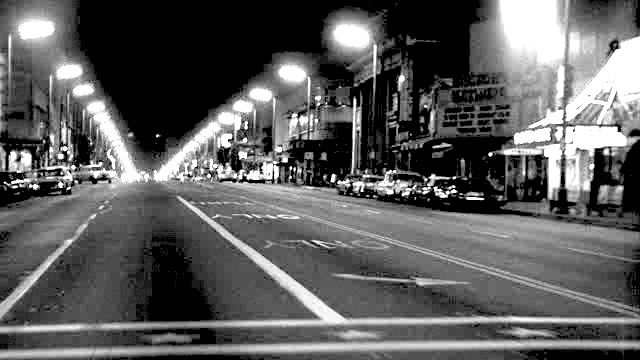 A film is shown to eight people, one at a time, on separate nights.
When the film has been shown to everyone, these witnesses meet and agree to keep the contents of the film and each others' identities secret.
The film is then burned and the building where it was shown is later gutted by fire.

1976
Performed at night
Los Angeles
A response to meaningless attack from complete strangers.

Wearing a full-head mask, I knock on the front doors of two people I know well, specifically chosen for this event without their knowledge. The moment each man answers, I point a gun loaded with blanks point-blank at his face, fire once and run.