The Stanford Linear Accelerator tunnel is a straight line of prefabricated steel structures several stories high, connected end-to-end, 2 miles (3+ kilometers) long. Inside, microwave electron drivers are set every 10 meters, each unit emitting an intense, disorienting 120Hz buzz that creates phasing effects with the other units near it, all in an enclosed straight line that stretches out to a vanishing point. These drivers propel electrons in parallel paths along the tunnel up to velocities just under the speed of light, toward a collision chamber at the far end where the paths split and the electrons are driven into each other head-on.

The collision chamber is a solid-steel cylinder roughly 20 meters thick, with a hollow center roughly the same diameter as the length of a one-bedroom apartment. The temperature of the center at the moment of collision reaches 3 billion degrees Kelvin, cooled by a liquid nitrogen cryogenic system. The chamber and several monitoring stations are mounted on a multi-story steel scaffold that was originally designed by shipbuilders to support a supertanker in drydock. This entire structure occupies the far end of a much larger prefabricated steel building, that itself is easily large enough to house several 747's, one on top of the other.

The place is full of contradictions: structures built to dwarf and outlast their creators, designed to generate subatomic events that take place in a time scale that is experientially impossible to imagine, using forces and processes that are hostile or lethal to human life, yet are entirely human-created. A 'city of the dead' that seems to have an existence of its own with or without its operators.

For this work, the electron is understood as a metaphor for the process of life: isolated, compelled by a system that uses the electron's own energy to force it into a path that leads at a constantly increasing pace to certain destruction -- to a point of certain change, of complete resolution and the beginning of a new process.

i liked john's musical work from the first time i heard it, although i could never really point out why... a discussion with a friend (who shall go unnamed here) who said: "i don't how you can like this - it's not even really composed!", put me on the right track: i found that the amazing thing about john is that he actually composes in quite a different way from how western music is generally done. the classic compositional method is mainly based on speech-like figures, & works by repetitions & similarities, whereas john uses almost exclusively differences for the connections in his pieces, with a great intuitive feeling for choosing those differences in a way that they actually CONNECT the different parts as well as separating them. so it was great to bring john's intuition about sound & it's development together with my ideas of constructing larger forms, which actually work using similarity & repetition, even more so because we found that using quite different methods, we were looking for more or less the same things in our works.
[In HOME: UNSPEAKABLE] we set out using the last line of samuel beckett's libretto for feldman's chamber opera "neither", "unspeakable home", as a point of reference to set the overall tone for the composition, deciding that it would have the overall form of a series of musical landscapes that might describe the topography of such an 'unspeakable home'... the piece has less the form of a story (language), but of a walk in a landscape (perceiving its existence, it's "being-like-this")... of course the quote from beckett worked more as a kind of landmark, a lighthouse, if you will, than a rigid rule, since we didn't want to slip into a weird kind of programmatic music.... we worked in my home studio on several occasions, using sounds made by both john & myself - what we came up with, i think neither of us would have been able to do alone by himself, which makes it the experience especially precious for me, plus it sounds quite like nothing else i know...
-- Bernhard Günter

Either the most brilliant electronic music ever made, or the worst CD I've heard yet.
-- Charles Powne, SOLEILMOON

With a glut of mediocre compilations on the market at the moment,it was with some caution that I approached this latest offering from Ash International. However, it soon became obvious that this was no hastily assembled genufection to market forces,but more a labour of love. From the gorgeously produced packaging to the slightly eclectic mixture of artists and soundmongers, such as Chris and Cosey, John Duncan, and RLW - to 'lesser knowns' like L.O.S.D. and Mark Poysden all interpreting the VLF recordings of the CD's compiler Joe Banks a.k.a. Disinformation, this compilation oozes style and quality. Many of the tracks sit seamlessly together, and no sign of any 'fillers' here. Surely one of the finest compilations of the last twelve months, this is certainly one to rush out and buy."
-- Immerse

The third of Ash International's thematic double disc compilations presents another sonic panorama of striking enigmas, set between photographs and texts concerning the VLF receptions at the basis of the music of Disinformation. Indeed, it is Disinformation whose music here is interpreted by a wide array of experimenters, many of whom appear out of character. Setting the tone is RLW, of Selektion fame, providing a bleak canvas of low rumbles, pointilized with various tones and crackles. Not allowing a fall into the beautiful gray void, the collection introduces an antiphonal array of textural choirs: dark electroacousticians (RLW, Kapotte Muziek, M. Behrens, Mark Poysden), noisemakers (Bruce Gilbert, John Duncan & Giuliana Stefani, Disinformation), oscillator electronicians (Chris & Cosey, Atom Heart, LOSD, SETI), and electronic pulsationists (People Like Us, Mark Van Hoen, Zbigniew Karkowski & Eric Lyon). And yet this rather facile division gives little indication of the variety encountered along the two-hour journey, or of the density of data emitted and occasionally bulk-downloaded through the speakers during this symphonic ode to the mysterious information in the largest and smallest of particles.
-- Joshua Maremont, i/e

Track included on A Fault In The Nothing
Double-CD released on Ash UK
Ash 2.6

Track included on State of the Union produced by Elliott Sharp
CD released on Atavistic, USA

In the winter of 1992, Ruud Ekelhof travelled to Estonia to join friends there for a one-day trek across the frozen Gulf of Finland to Helsinki. Soon after they started out, the more experienced local hikers noticed that the ice was cracking under their weight and the group decided to turn back. Determined to go forward, Ruud refused to join them and went ahead on his own. Six months later, his body was discovered floating in Helsinki Harbor. Within days of this news, Ruud's closest friend Arkadi was found dead with his girlfriend, esphixiated in a household accident.

This recording was made at a live performance held during the all-night memorial service held August 1993. Texts from the secret language are spoken by Peat Moss. 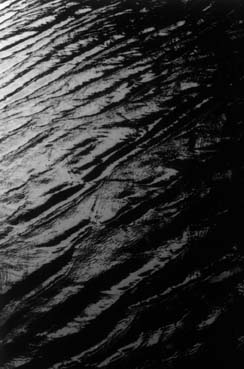