The shortwave radio spectrum is dappled with anomalous crackled repetitions, pulsed datastream grit, and other synthetic transmissions of encrypted information. Far less sensational than the thoroughly disturbing phenomenon of numbers stations, these strange sounds are often referred to as utility signals, as they may be used to transmit information from remote weather stations, specify GPS co-ordinants, or communicate between air traffic controllers. Yet, without the proper equipment to translate and analyze these broadcasts, utility signals are unintelligible garblings that leave their origin, recipient, and meaning up to the listener's wild speculations.
Throughout his career, sound artist John Duncan has often manipulated shortwave radio broadcasts (especially these utility signals) in order to exacerbate the psychological condition which renders the unreadable other as alien, antagonistic, conspiratorial, and haunted. However, his recent investigations into the chromatics of shortwave have taken a noticeable conceptual turn away from confrontationalism and towards an electronic transcendentalism, where Duncan has replaced fear of not knowing with the recognition of the potential for beauty to emerge from such sounds.
Duncan composed PHANTOM BROADCAST from a single shortwave transmission, not giving any specifics as to its nature because they were neither clear nor relevant. As with all of his shortwave explorations, he has announced that he has worked on PHANTOM BROADCAST mostly through contextualization rather than electronic signal processing (although some reverb and downpitching are self-evident). This is a little hard to believe as the album opens with a magnificent ringing that appears less as radio noise telegraphy and more as a heavenly choir of baritone vocalists modulating between a small range of sustained notes behind an equally endless metallic bell tone. Throughout the 48 minute piece, Duncan unveils gradual shifts appearing as reverberating masses of air that elegantly rise and fall with an occasion flickerings around the edges. PHANTOM BROADCAST should stand as one of Duncan's greatest pieces, rendered as a majestic reflection of the Minimalist orchestral timbres found in Ligeti's Lux Aeterna.
As seen in the collaboration with the classically trained German ensemble Zeitkratzer, Duncan has speculated that his work may be shifting beyond the scope of electronic composition and towards chorale productions. Judging from this successful transformation of shortwave into such a production, his future as a composer looks bright. My vote for best record of 2002.
-- Jim Haynes, The Wire January 2003 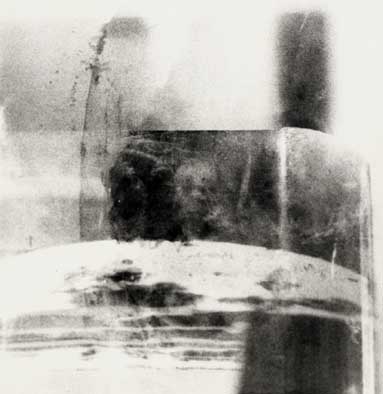 Performances by zeitkratzer
Composed and conducted by John Duncan

Released by Allquestions and X-tract.
Recorded at Podewil, Berlin; March & October 2001.
Mixed at WW-Studios Berlin by Marcus Waibel, Reinhold Friedl & John Duncan.
The cooperation between John Duncan and zeitkratzer is largely due to the excellent support of Elke Moltrecht, music curator at Podewil Berlin, who also had the idea to bring them together as artists in residence at Podewil Berlin.

In 2001 sound artist John Duncan and Zeitkratzer shared a residency at the Podewil in Berlin. The nine-piece new music ensemble is renown for its all-acoustic performances of electronic works (previous composers they worked with include Merzbow, Zbigniew Karkowski, and Lou Reed). Fresh presents two works by Duncan, both previously released in their digital form but given here a stunningly different reading. Duncan doesn't usually score his music -- he assembles it. So the step was huge from taking the highly textural pieces "Nav-Flex" and "Trinity" and scoring them for conventional instruments. Luckily this is not your conventional ensemble. The sounds these musicians squeeze out of their instruments bridge the gap between real and virtual, acoustic and electronic. At first, "Nav-Flex" was a sample-based collaboration with Francisco López released on the 2-CD set NAV. It starts with a loud drone that quickly quiets down and remains that way for half an hour. The many layers of this drone ripple and slowly move around each other, bringing to mind the orchestral music of Klaus Lang. "Trinity" began its life on the Ash International compilation A Fault in the Nothing. More eventful but still very meditative, it relies on the string players (violinist Burkhard Schlothauer, cellist Michael Moser, bassist Alexander Frangenheim, not to forget inside-pianist Reinhold Friedl). The previous piece put the brass section up front, especially trumpeter Franz Hautzinger and tuba player Melvyn Poore, both bubbling away breath-based drones. FRESH is short (40 minutes) but intense and rewards active listening. It provides a very differrent perspective on Duncan's music and art.
-- François Couture, All Music Guide 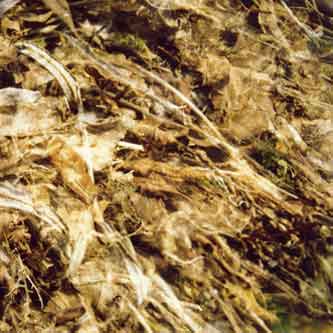